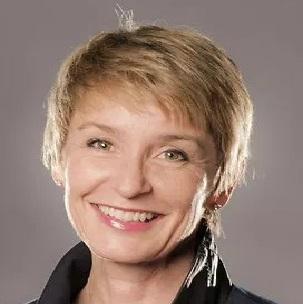 Professor Susan Street AO used Balance as the theme of her speech ‘Balancing Act: A Dancer’s Journey’ to the Queensland Academy of Arts and Science Annual Dinner on the 4th September 2013.

Sue Street is Chair, Queensland Art Gallery & Gallery of Modern Art and Executive Director QUT Precincts. Formerly, she was the Executive Dean of the Creative Industries Faculty at the Queensland University of Technology (QUT). She began her career as a professional dancer performing in companies in Australia and Europe.

She reminded the audience that the Greeks believed there were two aspects to a word, namely the mythos or mythical and logos or logical.

Myth, as defined in the Oxford Dictionary, is an idea that forms part of the beliefs of a group or class but is not founded on fact. Mythology is often seen as the preserve of women and children and to call something a myth in contemporary societies is to devalue it.

Science was strongly associated with logos and the arts with mythos. This bias toward logos and therefore science was the reason that funding and support for science was so much stronger than it was for the arts. It was also the reason that professions attached the science tag to their work and why subjectivity had become profoundly unacceptable. Society did not want stories but facts, hard facts, scientific facts.

To reinforce the nature of this separation she quoted Charles Landry: “We acknowledge
that the power of science maybe used to cure disease or create weapons of mass destruction. We are not yet so ready to acknowledge that art may be used to celebrate and to inspire, or to exclude and indoctrinate.”

On how the arts and sciences can collaborate for mutual benefit, which is the Academy’s main focus, Street said: ‘In an increasingly visually sophisticated world that is overcrowded with white noise, brands and advertising that vies for our attention we can help each other achieve the cut through we both need to maintain a presence and relevance to society. The trait that the arts and sciences clearly have in common is communication although we come at it from different starting points.

This highly successful QAAS function was sponsored by generous donations from Griffith University; QUT; The University of Queensland’s Medical School and Bond University and was attended by more than fifty distinguished guests.