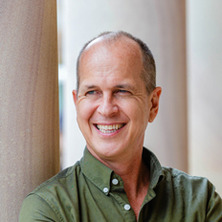 Multi-award-winning foreign correspondent and UNESCO Chair in Journalism and Communications at The University of Queensland, Peter Greste, will be the guest speaker at the 2019 Annual Dinner to be held in Brisbane on 16 October.  You may remember the headlines when Peter Greste and two of his colleagues were arrested in Cairo while working for Al Jazeera, and charged with terrorism offences. In letters smuggled from prison, he described the arrests as an attack on media freedom. The letters helped launch a global campaign that eventually got them released after more than 400 days in prison.
Bookings open shortly for what promises to be an exciting and informative evening.